green cities and biophilic design: a glimpse into the future

In its essence, biophilic design aims at reconnecting people with nature on a deeper level. Which includes acknowledging that we are part of nature and we rely on its delicate balance for survival.

Forecasts say that our world will become even more urbanized in the coming years – thus access to nature is bound to decrease even further. Unless…unless the very concept of city design moves into a biophilic direction! This doesn’t just mean planting more trees and making space for more parks though. So today we’re reviewing 3 interesting proposals rooted in the deeper meaning of biophilic city.

a city for people, animals and nature

Currently, cities are designed to be a human habitat. With nature being mainly relegated to ornamental addition. On the contrary, Urban Stem proposes to integrate nature into an essential functional need for city life: street lighting. Besides illuminating public spaces, light posts are designed to be a nest for local flora and wildlife.

The project is now in its early speculative phase. But it already highlights the key role of design in changing the way our cities interact with nature. Design is all around us, and shifting the design brief to include nature is a powerful move toward change.

Uprooting Agro-Systems tackles the question with a provocative challenge: designing a system to make the city of Amsterdam entirely self-sufficient. Learning from the flaws of intensive mono-cultures, this project proposes the integration of 3 farming methods that would balance each other’s cons. Vertical Farming would guarantee uninterrupted yield during the year. A Food Forest would introduce more variety in produce. And Syntropic Farming would help preserve ecological balance by planting mutually beneficial crops alongside each other.

By bringing the source of food into the city, this project is creating the premises for better awareness of natural cycles. Knowing where food comes from and what it takes to grow it (as opposed to only seeing it wrapped on a supermarket shelf) will stimulate a greater appreciation for nature in city dwellers, thus also fostering more respectful behaviours.

One of the reasons why cities are so popular is convenience. A feature that shouldn’t get lost in the transition towards biophilic cities.

What-if-Lab: the Circular Station started from this premise, asking designers to imagine how nature and public railway transport could coexist. The four winning projects tackle different aspects, but all result in a fully circular station design.

Studio Tjeerd Veenhoven looks at the material side of stations, replacing concrete and steel with sustainable, locally-sourced materials including loam, seashells, bulrush and reed.

Scape Agency also acts on materials, but with the aim of lowering the environmental footprint of railway infrastructure. Concrete sleepers are replaced with bioreceptive elements that – becoming home to moss and algae – absorb the CO2 connected with train travels. All while greening the view for travellers and people passing by.

Bygg Architecture & Design turns railway stations into educational brainstorming hubs. Local communities are made aware of the new design ambitions and participate in defining a plan to make stations circular while restoring their belonging to the local environment.

Last but definitely not least, Welling Architects’ proposal stems from the realization that stations are there to fulfil a service: getting people on and off trains. What we see today as a station could then be replaced and integrated with natural elements, turning railway stations into open green spaces.

the role of interiors in biophilic cities

Back to the underlying goal of a biophilic city, interiors have an important role to play. Restoring a profound people-to-nature connection requires a concerted effort that goes from open areas, to public interiors, to the depth of individual homes.

Only when all aspects will move in the same direction we’ll have a truly biophilic city. One that supports and fosters biodiversity while serving people. One that overcomes the dichotomy between city and nature, becoming an integral part of the natural world. 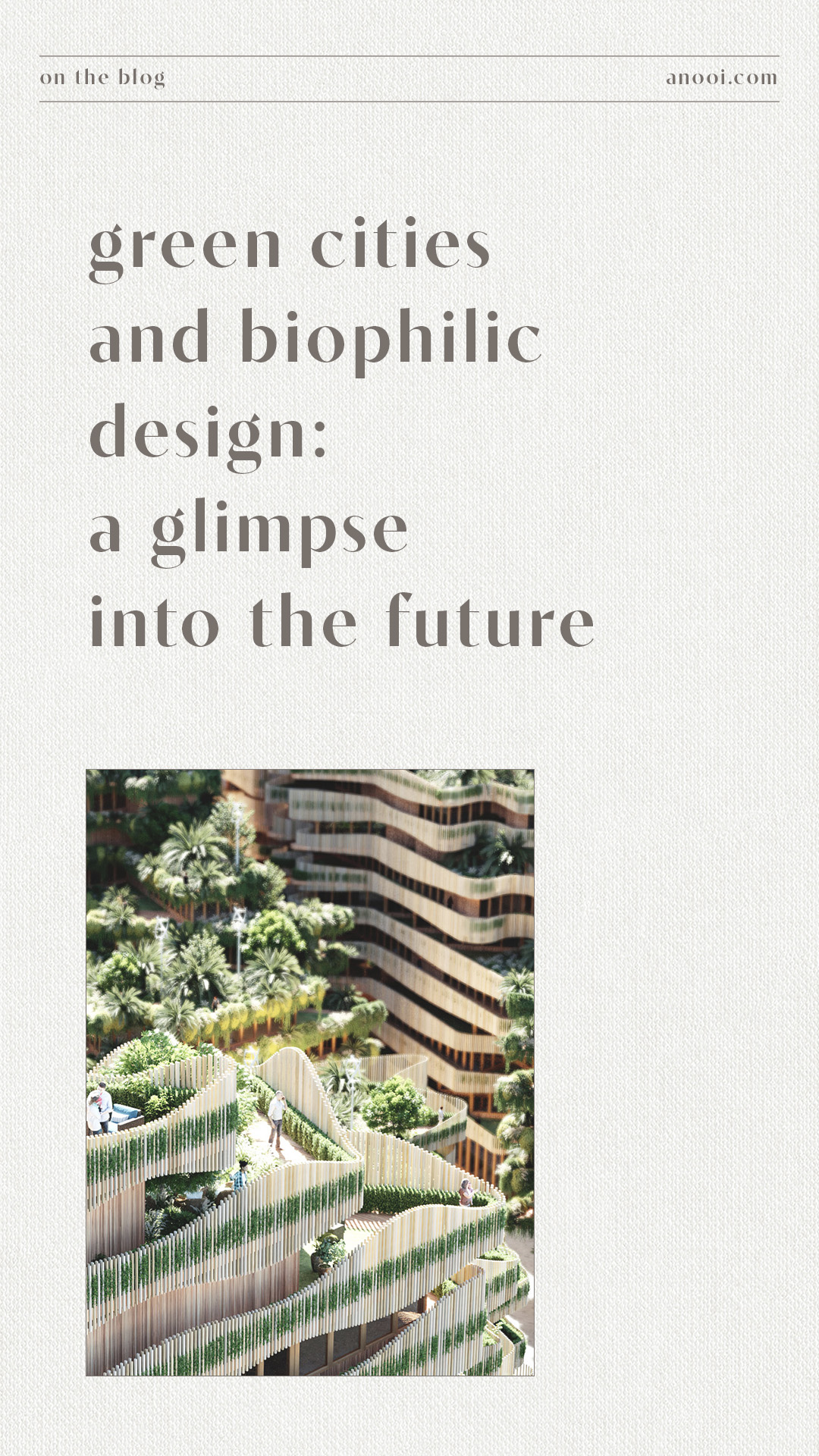